What changes have been made to the Temporary COVID-19 Wage Subsidy Scheme?

The Government announced a number of changes and updates to the Temporary COVID-19 Wage Subsidy Scheme on April 15, 2020.

A summary of the key changes and updates are below. These changes are quite detailed and may require further clarifications from Revenue as to how they will operate in practice. Revenue will issue further information and guidelines on how these arrangements will work, and these should be closely examined by employers.

Revenue is also constantly updating its published FAQ guidance document on the operation of the scheme. Visit revenue.ie for the latest version.

New: Employees previously earning in excess of €76,000 per year

The wage subsidy is available to support employees where their pre-COVID salary was greater than €76,000, and their post-COVID salary has fallen below €76,000. This is subject to the tiered arrangements and tapering below.

The maximum subsidy payable is calculated by reference to the employee’s previous net weekly pay for January and February 2020 and the gross pay being made by the employer to ensure that the net pay does not exceed €960 per week.

Changed: Employees previously earning in excess of €586 net per week

The new tiered approach considers both the amount paid by the employer and the level of reduction in pay borne by that employee as follows:

No Change: Employees previously earning €500 to €586 net per week

Changed: Employees previously earning up to €412 to €500 net per week

This was previously calculated at 70% subsidy so increased subsidy for the lower end of the wage scale and neutral for those on €500 per week.

Changed: Amended employees previously earning up to €412 net per week

This subsidy has increased from 70%.

The operation of the scheme will ensure that the subsidy paid to employers will be based on each individual employee’s Average Net Weekly Pay, subject to the maximum weekly tax-free amounts.

In addition to the increase in the percentage paid by the Government for low-income workers, there has been a change to the tapering applied to the subsidy if employers wished to top-up their wage.

Previously, if an employer topped up payments by more than the permitted amount the subsidy would be tapered – for every €1 extra paid, €1 would be taken from the subsidy. Now, where an employer wishes to pay a greater level of top-up in order to bring them to €350 per week, tapering will not be applied. 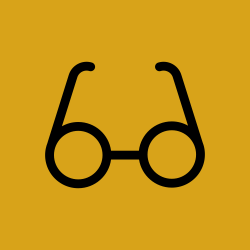 Find out about the benefits to the scheme, how to access it and details of changes to the scheme announced on 15 April (updated 20 April 2020)